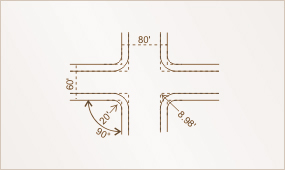 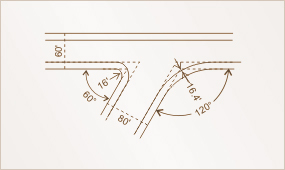 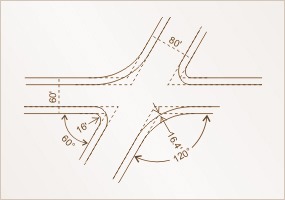 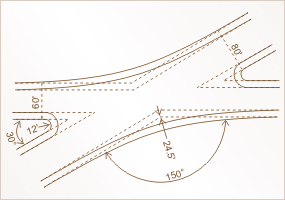 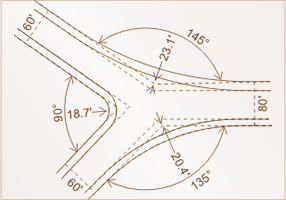 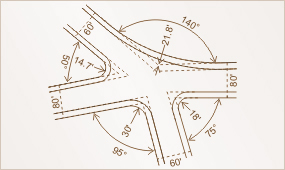 Top
Standard Signs Adopted for Federal Highways
The standard signs which have been adopted by the Joint Board on interstate Highways for use on United States highways are of such a character that even a person who cannot read will understand the meaning of those indicating danger by the shape and color. The signs are of two general classes.
One group, the danger and caution signs, will consist of signs of four different shapes representing as many degrees of danger. These will have a yellow background with black letters and symbols. The other group will include the standard route marker in the form of a United States shield and directional and informational signs. All signs in this group will have a white background with blank letters.
Distinctive features of the various signs are outlined as follows in a statement from the office of the Secretary of Agriculture, released on September 5, 1925.
The standard railroad-crossing sign will be round 24 inches in diameter, and will bear the well-understood railroad cross

with the letters RR in black in the upper quadrants on the yellow background.
At point of sufficient danger to require a complete stop, the sign will be octagonal in shape, 24 inches in size, and will bear on the yellow background the word STOP in large black letters. At curves, narrow bridges, steep hills and other points where the degree of danger is sufficient to call for the exercise of a considerable degree of caution but not a complete stop, a diamond shaped yellow sign will be created with the character of the danger described in black letters and symbols. This sign will be 24 inches on each side.
At point of lesser or occasional danger the 24 inch square yellow sign will be used and the necessity for caution will be explained in black letters in a single word, such as SCHOOL, HOSPITAL, CHURCH, etc.
The standard shield adopted as the route marker will be 16 inches vertically from tip to tip. At the top it will bear in black letter on white background the name of the state in which it is erected, and below, in the section of the shield in which the red and white stripes ordinarily appear, will be the initials U. S. and the route number in large numerals.
At the approach to forks or junctions of the interstate routes with other roads, a smaller shield, 9 inches from tip to tip vertically, similar to the route marker but bearing the single letter R or L will be erected below the numbered shield to indicate whether the United States highway branches to the right or left.
Distances along the main routes to cities and towns will be indicated on rectangular white signs with the names of the points and the distances to them and an arrow pointing the proper direction in black.
Distances to points not on the interstate roads will be posted at the intersecting routes leading to such points. The signs, also rectangular, will bear the names of the cities with distances to them in mile in blank on the white background. No arrows will be used on these signs. The side of the road on which they are posted will indicate the direction. In addition to these signs, rectangular white and black signs will be erected at physical features, such as creeks, rivers, lakes, etc, crossed or passed by the interstate roads; and the traveler will be notified at points where the speed limit is changed by a standard black and white sign prescribing the speed limit. 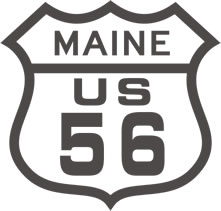 In the series of caution and danger signs the degree of danger is signified by the shape as well as the wording or marking of the signs. A round sign will be used only at railroad crossings; an octagonal sign will be used only at points where a complete stop is demanded by extreme danger ahead; the diamond shaped sign will always indicate to the driver of a motor vehicle, even though he be color blind and unable to read, that there is some road condition ahead which calls for the exercise of caution. The square sign will invariably indicate the need for a lesser degree of caution.

Yellow is the color of danger or caution. Wherever the motorist sees yellow be will know there is some degree of danger ahead. The white signs will give him information and guidance, but will not call for caution.

The system of interstate highways on which these signs will be erected was designated recently by the joint board of state and Federal road officials. A committee of the board is now working on a numbering scheme and it is expected that maps of the routes selected with the numbers indicated will be available in a reasonably short time.
Top
1925 Articles from American City Magazine